How We Created the Most Liked Tweet of All Time.

What do you do when a global superstar declares public love for your biggest competitor?

Most brands wouldn’t touch it. They’d steer well clear, keep their head down low, and just pray it doesn’t gain too much traction. But as Burger King UK’s social agency of record, we knew that our favourite flame-grilling client would see things differently.

For us, that’s exactly the sort of thing we have to jump on.

So when Kanye West, the biggest rapper on the planet tweeted to his 28 million followers: McDonald’s is my favorite restaurant’……we knew what we had to do.

Part of our brief is to align Burger King with its target millennial audience and to be quick and agile enough to become part of the cultural conversations taking place on social. This was too good an opportunity to pass up.

Our creative team for Burger King, went straight for the jugular, taking to Twitter with a simple and brutal response. And it only took three words to burn two of the biggest brands on the planet at once:‘Explains a lot’.

This was a simple, double-sided diss track of epic proportions. We weren’t just flame-grilling the most famous rap star in the world. We applied added a quarter-pound of pressure to our client’s long-standing rival at the same time. And things blew up. Fast. I mean, Yeezus, man – that thing really blew up. People liked, laughed, shared, and commented all over the globe. And they even pitched in to throw a little shade of their own.

It wasn’t long before our engagements dwarfed the kind of numbers Mr. West gets himself. His impressive 250k favourites took a back seat to our 1 million. His 60k retweets couldn’t keep up with our 250K+. And our numbers kept growing. A mcflurry-storm of activity that spread to audiences far beyond the everyday fans of music or food.

Until soon enough, it was a story that became too big for the walls of Twitter alone. It hit the Daily Mail online. It was in The Sun. It was covered by the uber-trendy Hypebeast, Fox News, and over 85 other publications around the world, delivering over 1.5 billion media impressions.

To date, the tweet has recorded over 55 million impressions on Twitter with nearly 2 million engagements and over 1 million likes making it the most liked tweet by a brand of all time. We generated authentic fan love and reminded people that if you come for the King, you’d better not miss. All from just three well-placed words, timed to perfection.

That’s not all. When we saw the original tweet blow-up, we capitalised on it with a second tweet reply gently poking fun at the millennial tendency to promote their latest soundcloud album on social. Again, it proved a hit with its target audience, drawing more than 100K likes of its own.

As quick and agile as we are at Coolr, this success was only possible due to the responsiveness and agility of our client. We have a close relationship with the Burger King marketing team and have established ‘guard-rails’ in relation to what we publish in social. They also completely understand that it’s about being timely, relevant and where the social narrative is at any given moment in time. 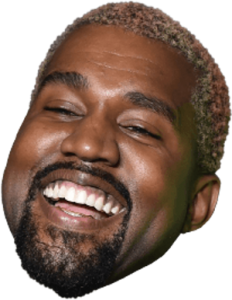