Samsung Europe approached us with a fantastic brief, they wanted to create disruptive and innovative social content that reached a much younger audience than ever before. How could they reach a Gen Z audience, engage them on their level and at the same time, convert them into new fans of the brand?

The social live commerce series called “Unlock it Live” was led by influencers across Europe that provided entertainment and exclusive offers to viewers.

The objectives of this campaign were:

At Coolr we knew that there wasn’t a “one size fits all” approach to this task. Although Gen Z are often seen as one single group who are all on the same platforms, consuming the same content, this is far from true. We wanted to really talk to the audiences that Samsung want to engage with and bring together our expert knowledge of social culture and their fresh new thinking.

The “Unlock it Live”live video streams leveraged the power of crowds for online live shopping: the more people that tuned in the better the deals got. The events were hosted live on social media and were delivered by local influencers who entertained and inspired everyone in their local language.

This campaign kicked off with two taster events in March, with the following streams being hosted in Romania, Spain, Poland and the Netherlands in April. Working with top influencers from those countries, the events were live streamed across the local Samsung YouTube and influencer owned channels.

During the stream the influencers were given a set of challenges and games that they needed to complete as well as giving their followers the opportunity to ask them questions. The more people that joined the stream, the better the discounts were, so there was a real immediacy for people watching to encourage friends to also take part.

The following influencers were involved in the campaign, each was chosen for their large social following and engaged audiences:

• Romania: Maximilian Ioan – A video creator with 781K YouTube Subscribers and 509K followers on Instagram.
• Romania: Lora Petrescu – A musician with 1.3m followers on Instagram.
• Spain: The Shooter Coc – A classic all-round influencer with a huge 6.6m subscribers on YouTube and 1.9m followers on Instagram.
• Spain: Laia Oli – One of the most loved female influencers in Spain with an impressive 1m TikTok followers and 1.4m YouTube subscribers.
• Poland: Kuba Norek – Known as a creator of comedic and dance TikToks he has a huge 4.4m followers on the platform.
• Poland: Magda Bereda – a singer and TV presenter, she has strong followings on Instagram (870k followers) and YouTube (726k Subscribers).
• Netherlands: Kelly Buth – a content creator who shares successful and unique content on her TikTok and YouTube channels, with a combined following of 230k.
• Netherlands: Harm de Boer – has a dedicated following on his YouTube channel! He has a total of 1.2M followers.

Across the board the results for this campaign were impressive, with high reach and proof of revenue growth as a direct result of the campaign:

• Total Impressions: 66M
• Total Reach: 42M
• Total Content Viewers: 240K
• Conversion Rate: 0.9%
• 19% of all revenue in Spain during the Supercharge week in April came from the Unlock it Live activation.

Similarly, 20% of S21 sales and 17% of latest A-series sales in Spain during the campaign period came from Unlock it Live.

In Poland, 34% of S21 sales during the campaign period came from Unlock it Live. 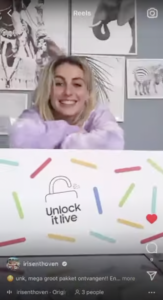 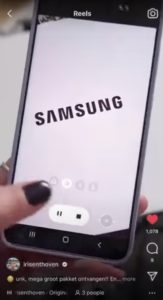 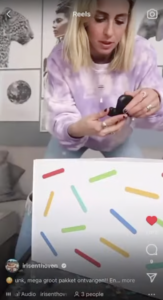