As part of the 2030 Saudi Vision to develop public sectors, we were called on to help launch, grow and maintain the social channels for MDL Beast Festival: the region’s first music, arts and culture festival, and the largest music event the Middle East has ever seen.

The creation of MDL Beast Festival was a huge moment for a religious country currently in the beginnings of a shift from strict traditional values to that of a more modern hybrid. Based out of our London HQ we first learned of the festival eight weeks before the start date, and less than a week before we were to launch on the social channels.

MDL Beast was more than just a music festival, it was an opportunity to showcase the best of Saudi music, art and culture alongside some of the biggest acts from around the world.

We spoke to Saudi nationals to help us understand their way of life, and what was and wasn’t acceptable within their culture to ensure launching this on social didn’t cause any disrespect.

In the run up we used a balance of feed posts and Instagram stories to build a picture of all things MDL Beast. During the event we live posted on our feeds and Stories throughout the three-day festival, posting a selection of real time content and highlights from each day. We also streamed a selection of DJ sets from the main stage onto fans YouTube feeds.

We created over 700 pieces of organic and paid content and posted on Facebook, Instagram, Twitter and YouTube channels over the course of the eight-week campaign as well as 100’s of pieces of influencer and headliner posts during all phases of the campaign.

This resulted in over 3.9K+ pieces of coverage across the world from publications like Hypebeast, Vogue and The Daily Mail. 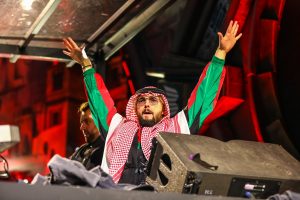 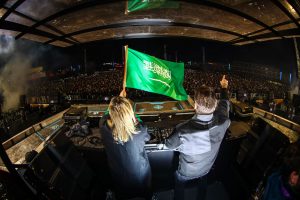 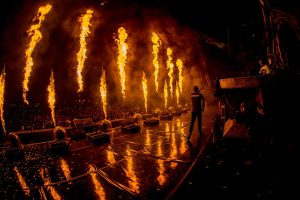 Next
We use cookies on our website to give you the most relevant experience by remembering your preferences and repeat visits. By clicking “Accept All”, you consent to the use of ALL the cookies. However, you may visit "Cookie Settings" to provide a controlled consent.
Cookie SettingsAccept All
Manage consent